The Revenge of Mooncake Vixen book cover that I did earlier this year for Hamish Hamilton, is included in this...

Association of Illustrators Images 34 exhibition
– the Best of British Contemporary Illustration 2010
At London College of Communication, Elephant & Castle, London,
on 8th September until 14th September 2010.
And has also been selected to tour the UK... 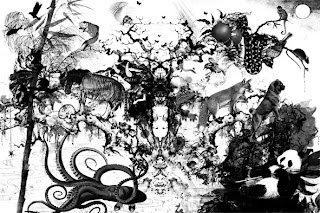